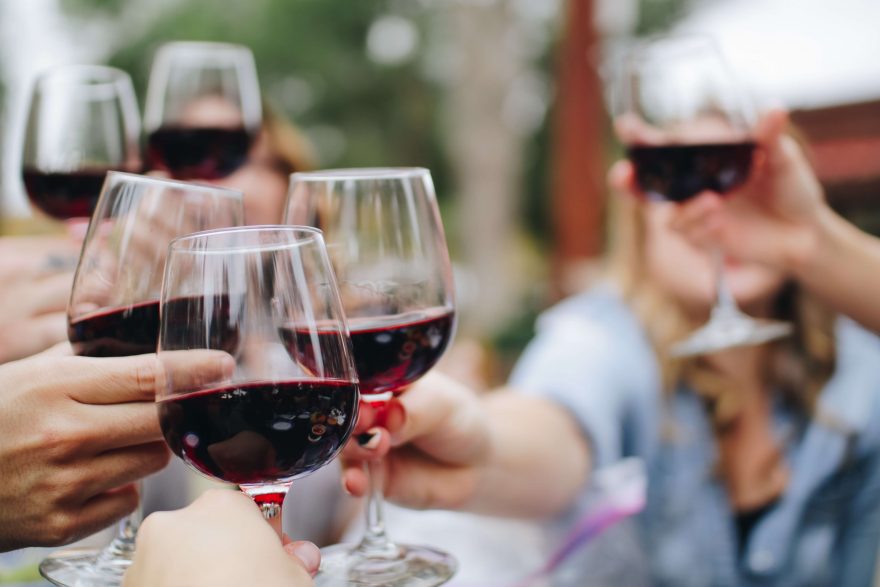 What are the Health Benefits of Drinking Red Wine?

When it comes to making healthy lifestyle choices, drinking alcohol might not be something that immediately springs to mind. That being said, wine, and that of the red type in particular, is thought to have several health benefits.

Red wine has certain distinct components that are not found in other types of alcohol and which may be considered healthy. As such, the beverage has been widely studied in recent times, with a body of evidence that suggests that, when consumed moderately, it can contribute to a longer lifespan, a lower risk of heart disease and better gut health, amongst several other benefits.

Continue reading as we outline some of the health benefits that are often associated with drinking red wine.

Red wine contains antioxidants, which are called polyphenols, and are known to reduce inflammation. There are ten times more polyphenols in red wine than white wine (and other types of alcohol), which is why some people prefer to drink this type of beverage.

One type of polyphenol, resveratrol, is particularly important and is what gives the beverage its supposed health benefits. This is naturally found in the skin and seeds of grapes, which are both present in red wine. It is believed that this component is what helps protect against the risk of heart disease, dementia and stroke.

We all know that red wine has the ability to relax us, but did you know that it could also lower your overall blood pressure? According to a recent study published in the medical journal, Circulation, when drank in moderation, red wine can increase the “good cholesterol” in the body and protect against damage to arteries, which, in turn, can lower blood pressure and fight heart disease. The resveratrol found in the skin of certain grapes may also work to protect the lining of the blood vessels in the heart.

Non-alcoholic red wine, in particular, has been shown to be better at lowering blood pressure, reducing heart disease by 14% and the risk of stroke by up to 20%. It is for these reasons that there is a possibility of using resveratrol in treatments for high blood pressure in the future.

Good for the gut

Research has found that red wine can be good for gut health, by increasing the variety and quantity of useful bacteria (microbiota) residing there. Polyphenols, including resveratrol, can, therefore, support digestion, as they help to feed the good bacteria found within the gut.

Consequently, the positives may include better digestion and a lower BMI amongst red wine drinkers. People who enjoy this tipple in moderation may be less likely to be overweight or have higher cholesterol. Again, these benefits are derived from the polyphenols found in red grape skins.

Perhaps as a result of the relaxing effects of having a nice glass of wine, or perhaps for other reasons, but, long-term population studies have been able to link the moderate consumption of alcohol to a longer lifespan. Obviously, heavy drinking has the opposite effect and is detrimental to our health, so the key is to exercise self-control.

Whilst we are probably all aware of the effects that drinking a few too many glasses of wine can have on our memories, what we might not know is that, in moderation, red wine has actually been linked to an improvement in memory long-term, as well as a lower risk of Alzheimer’s and better cognitive health.

One medical study from 2011 in particular, found that moderate, regular drinkers of red wine had a much lower chance of developing dementia. However, while there is a link between the two, this does not necessarily prove that red wine prevents the development of the disease.

So there we have it, the surprising health benefits linked to red wine! But, before you start stocking up your collection or kitting out a bespoke wine cellar, keep in mind that, as with any alcoholic drink, it should be consumed in moderation.

Of course, enjoying a lovely bottle of Merlot is one of life’s greatest pleasures, but you shouldn’t rely on it to keep you healthy. Instead, following a balanced diet and an active lifestyle is the best way to keep you at your very best.

Case Study: Wine Cellar Fit-Out Process
Wine Tasting At Home: A Beginner’s Guide To Hosting The Ultimate Event
Case Study: Pivoting during the pandemic
Transforming Your Basement Into A Wine Cellar
Fine Wine As An Alternative Investment: Everything You Need To Know

Delivery Charges £22.50 (England & Wales). Orders over £400 delivery is included (England and Wales Only)